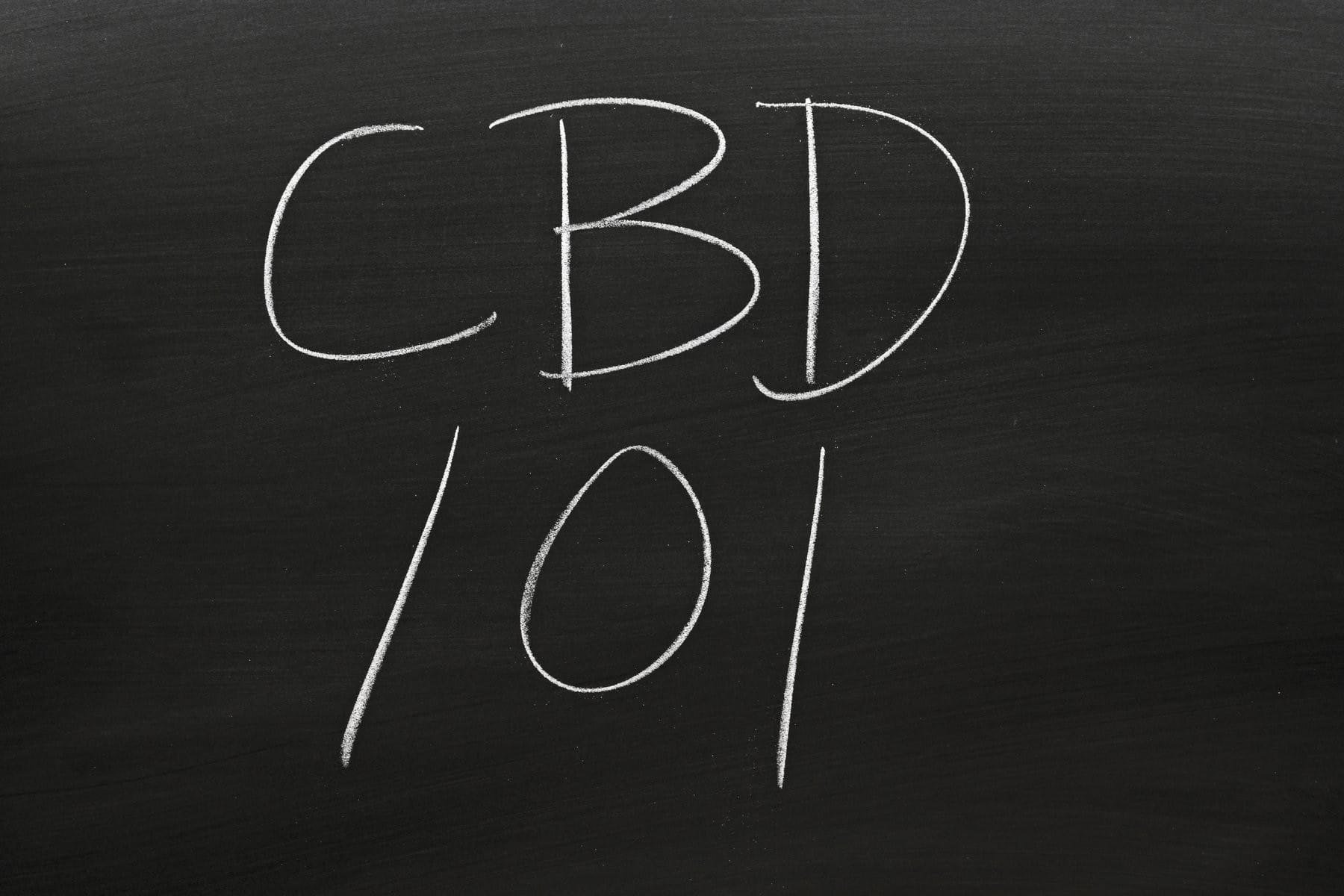 In Chapter 1 we’ll discuss some basic information about CBD such as what it is and where it derives from. We will also provide answers to some frequent questions asked by new and seasoned CBD users.

This product is not for use by or sale to persons under the age of 18. This product should be used only as directed on the label. It should not be used if you are pregnant or nursing. Consult with a physician before use if you have a serious medical condition or use prescription medications. A doctor’s advice should be sought before using this and any supplemental dietary product. These statements have not been evaluated by the FDA. This product is not intended to diagnose, treat, cure or prevent any disease.

This guide contains information that will help you make educated decisions about why and how to use CBD oil. It is not intended to provide medical advice.

It’s important that the reader seek the advice of a qualified medical professional who is well versed in CBD education before beginning use.

And with that, let’s get started.

In this chapter, we’ll discuss some basic information such as what CBD oil is, where it comes from and how it’s produced. We’ll also answer some of new CBD users’ most frequently asked questions.

What Is CBD Oil? 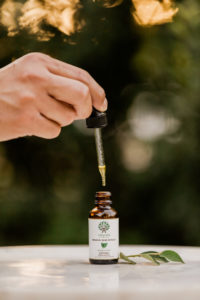 CBD oil is a natural oil which is extracted from the flowers and leaves of the cannabis plant. It is used by people all over the world for a variety of purposes.
Broad spectrum CBD oil contains a variety of active compounds such as cannabinoids, flavonoids, and terpenes, which we will discuss in greater detail in Chapter 2. When combined, these compounds work even better.

Depending on the formulation of a product, it may contain other beneficial components such as omega fatty acids, amino acids, vitamins and minerals.

About the Cannabis Plant

Cannabis is one of a genus of plants known as Cannabaceae. There are two main species of cannabis that are cultivated for human consumption, namely Cannabis indica and Cannabis sativa. Sativa plants are taller and produce more fiber and are therefore the species from which hemp cultivation arose. Indica plants are shorter and bushier and less suitable for farming for either industrial purposes or for production of food, but well-suited for producing medical marijuana.

The Differences Between Hemp and Marijuana

Marijuana is high in the psychoactive compound THC, or delta-9 tetrahydrocannabinol, which is the compound in marijuana that causes a high. 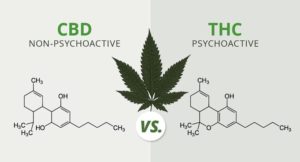 It is right to consider Marijuana to be a “drug” because it is primarily cultivated for medicinal and “recreational” purposes. Both indica and sativa strains, as well as hybrids of the two, are used in the process and production of marijuana.

The United States federal government considers marijuana to be a Class I controlled substance. However, many U.S. states have instituted legislation to regulate its cultivation and allow its use as medicine. At the state level, some have also legalized marijuana for recreational use.

To be clear, hemp is not marijuana. Although hemp does contain some cannabinoids, it has negligible amounts of THC. In fact, in order to be legally cultivated, hemp must contain less than 0.3% THC. Hemp is also grown as an industrial crop for the use of fibers in textiles and even building materials. Most industrial hemp is grown for its fiber and contains relatively small concentrations of cannabinoids and terpenes, so it is not the most desirable source of CBD oil.

While many of the CBD products on the market are produced from this kind of industrial hemp, the CBD oil in Lifegiving Botanicals products is made from a CBD-rich strain known as PCR hemp. PCR is short for phytocannabinoid rich — it contains as much as ten times the concentration of CBD as generic industrial hemp and only negligible amounts of THC. It does not cause a high.

Let’s now take a look at some of the types of CBD oil products and compare their qualities. It’s important to remember that, as the industry grows, some of these terms have evolved.

CBD From PCR Hemp vs. CBD From Marijuana

When the essential oils of the hemp plant are first extracted, the resulting product is considered raw hemp extract. This raw extract can be put through a series of filtration and distillation processes to remove unwanted compounds such as waxes and chlorophyll to produce various classes of oils differing in purity and CBD content. These refined oils are referred to as CBD concentrate or CBD distillate.

Earlier we mentioned another class of compounds called terpenes. Raw PCR hemp extract contains terpenes as well as other cannabinoid compounds similar to CBD. Because it retains the natural balance of cannabinoids and terpenes found in the original plant, we refer to these products as full spectrum oils.

CBD can also be isolated and purified. Pure CBD is known in the industry as CBD isolate. In their pure form, and at room temperature, cannabinoids are solid crystals. Purified cannabinoids are colorless and odorless. CBD isolate can be consumed directly or used as an additive in other preparations such as edibles and beverages; however, it is devoid of the beneficial terpenes, flavonoids and other cannabinoids found naturally in the plant.

Another term you may hear is CBD-rich oil. This term is generally used to label a CBD oil which has gone through some initial filtration and distillation steps to remove unwanted compounds such as chlorophyll and waxes. The resulting product has a higher concentration of CBD than the raw extract, hence the term CBD-rich oil.

The term CBD-infused can be used to describe either a product which has been infused with purified CBD isolate or a product which has been infused with a CBD-rich, full spectrum or broad spectrum concentrate. A properly labeled product will specify which ingredients were used. If the ingredients include “CBD isolate,” then the product is not full spectrum. If the ingredients include “CBD-rich hemp oil (or extract)” or “full/broad spectrum CBD oil,” then obviously you’re getting a full/broad spectrum product. It’s important to know which is in a product because they produce different effects.

To summarize, there are a variety of products which contain varying levels of CBD as well as other cannabinoids and terpenes.

With those terms defined, let’s address some of the most frequent questions asked by first-time CBD users.

CBD oil, as you can see, is a complicated product, and many consider the current CBD market to be compared to the Wild West. There is a fair amount of misinformation circulating and can tend to cause confusion for those seeking reliable and factual content.

A significant point of confusion stems from the medias misuse of the term marijuana to refer to hemp and vice versa. This lack of good reporting raises other concerns, like whether or not CBD causes a high or if CBD has any side effects. Let’s answer each of these questions in brief.

Does CBD Oil Get You High?

No, it should not. Properly produced CBD oil from hemp does not contain THC in high enough concentrations to cause a high.
THC acts upon particular receptors in the brain, which changes brain chemistry and therefore alters consciousness. CBD does not trigger these receptors. In fact, it may actually prevent them from reacting to THC and thus minimize its effects.

CBD oils produced by some manufacturers can contain trace amounts of THC. Lifegiving Botanicals products, however, are produced using a technology that extracts THC while leaving the other cannabinoids and terpenes intact.

It’s important to note that all human bodies are different and, if taking extremely large amounts of a product, CBD may cause drowsiness. To learn more, visit Lifegiving Botanicals blog for additional articles on CBD dosing, interactions with other drugs and CBD drug testing.

What Are the Side Effects of CBD Oil?

While pharmaceutical drugs are often developed to target particular bodily systems and provide particular effects, Mother Nature is not always so exacting. The effects of organic compounds can be many and can vary from person to person. Oftentimes herbal compounds can have both desired effects and unwanted effects. We call these unwanted effects adverse side effects. At this time, there have been no comprehensive studies about what the adverse reactions of CBD.

To determine if an effect is an adverse side effect, you need to know what the desired effects are. Effects are widely subjective, as what is desired by one user may not be desired by another user and vise versa. Some people use CBD to support a good night of rest, but may also feel drowsiness during the day. If you desire to feel alert during the day, feeling sleepy would be an unwanted side effect.

Will CBD Make Me Drowsy?

The drowsiness sometimes experienced from CBD comes from what are called biphasic properties. More of this will be discussed in chapter 4, but a quick note on this suggests that CBD oil may have different effects depending on the serving or amount taken. Taken in nominal servings, CBD is unlikely to cause drowsiness. However, taken in higher doses, there is the potential that it could cause drowsiness.

Alcohol is a perfect example of a substance with biphasic properties. Below an individuals Blood Alcohol Concentration (BAC), referring to the percent of alcohol in a person’s blood stream, alcohol can provide a stimulating effect and can make its user more either more active and social or aggressive and angry, while larger amounts of alcohol can have a depressant effect, ultimately resulting in unconsciousness.

Can I Give My Pet CBD Oil? 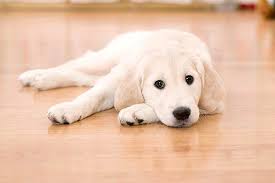 Yes, high-quality CBD is safe for pets. However, the size, age, condition, and activity level of your pet will determine the optimal serving size. Pets can range in weight from under a pound for rodents to many hundreds of pounds for animals such as horses. Some pets are tend to be sedentary and do not get much exercise, while others are highly active and with a significantly higher metabolism.

It’s always a good idea to talk with your veterinarian, who is familiar with your pet, before you give your pet CBD in the form of CBD Dog Treats or CBD Oil Tincture for Pets.

In Chapter 2 we’ll go into some detail about some of the ingredients in CBD oil and how they affect the human body.

Disclaimer: This product is not for use by or sale to persons under the age of 18. This product should be used only as directed on the label. It should not be used if you are pregnant or nursing. Consult with a physician before use if you have a serious medical condition or use prescription medications. A Doctor’s advice should be sought before using this and any supplemental dietary product. All trademarks and copyrights are property of their respective owners and are not affiliated with nor do they endorse this product. These statements have not been evaluated by the FDA. This product is not intended to diagnose, treat, cure or prevent any disease. By using this site, you agree to follow the Privacy Policy and all Terms & Conditions printed on this site. Void Where Prohibited by Law.